The DevA Board and Committees 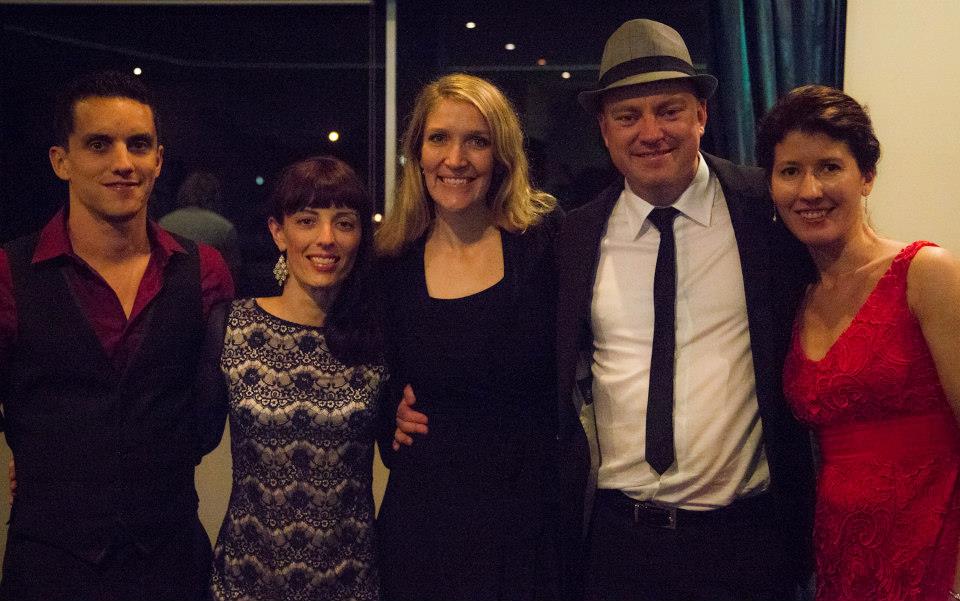 Pictured at the Development Accord Official Launch and Fundraiser, 2012

Nathan is a Captain with QANTASLink Australia and has been flying planes since 2006.  Prior to his career as a pilot, he had experience managing and sitting on the Board of a national distribution company, and also sat on the Board of a Brisbane-based Not For Profit focussed on Youth & Family Support.

Nathan also has first-hand experience supporting vulnerable and separated families here in Australia, gained from working as a Youth Worker in Brisbane for five years.

Melinda has a passion for social justice and for using her skills to serve the poor.  Along with Nathan and her brother Grant, Melinda has been involved with Development Accord since its inception.  In 2012 she left a role in Business Development with SU QLD, one of the state's largest youth and children's organisations, to move to Sydney to complete a Master of Development Studies (International Development) at the University of NSW, specifically to support the work of Development Accord.  Melinda now works as Operations Manager for International Justice Mission Australia, an international NGO that seeks to protect the poor from violence in developing countries.

Grant is trained as a Civil Engineer and after a career with the Department of Transport and Main Roads (Queensland) moved to Sydney where he now works as a Fire Fighter with the NSW Fire Service.  In addition to his technical skills and knowledge, Grant also brings to Development Accord years of experience supporting vulnerable and at-risk children and young people.  Like Nathan, he also worked as a Youth Worker for five years, and as a disability carer for two years.

Sarah is a financial planner with Dalziel-Don Financial Services. Sarah has a background in both social work and financial planning. She brings not only a wealth of financial planning experience, but has an excellent understanding of the complexities of supporting children and young people, having spent many years as a School Chaplin and her involvement with other not-for profits.

Sarah was also a driving force for the Development Accord model from its inception and  has a strong vision for seeing sustainable funding as a way to reach those most in need.

Amy is a high school teacher in Brisbane who for the past five years has specialised in the delivery of Intensive English as a Second Language and orientation programs for migrants and newly-arrived refugees entering the Australian education system for the first time. She developed and successfully secured  funding under the Federal Government’s Diversity & Social Cohesion Programs to run the Change Makers Youth Summit, a groundbreaking program to build unity and vision amongst youth from various cultures.

Amy is married to Nathan and was the Development Accord team's first introduction to the work of Children in Families (CIF) in Cambodia and the issues surrounding the care of vulnerable and displaced children.  Amy is also a fully-qualified and experienced Social Worker.  Amy worked with CIF in Cambodia for almost two years, helping them establish their policies and processes in line with recognised best-practice standards of care and support for vulnerable children and families.  She also worked with Save The Children as a Youth Worker.

Amy directs Development Accord's advocacy efforts here in Australia, speaking and presenting on the issues surrounding orphanage-based care for children and the benefits of family and alternative community care.

Development Accord engages the services of a range of professional consultants to support and oversee the function of our operations and processes.  Services provided by external consultants include financial planning and investment management, legal support, taxation law and compliance, corporate governance and website development.

How we came to be

After more than five years of research, investigation and consultation with industry professionals, development and aid agencies both here in Australia and overseas, the concept for a  began to take shape.  In early 2009 Melinda, Grant and Nathan (now Directors of Development Accord Board) visited community development projects including an orphanage and school in Zambia, and in 2010 visited Cambodia to learn more about kinship and foster care and family-based alternatives as models of care for vulnerable and displaced children.

In May 2010, Development Accord (DevA) was registered as a charity with the Australian Taxation Office and our first financial supporters joined us.

Our partner - Children in Families, Cambodia

In 2011 we began our partnership with Children in Families, a Cambodian NGO which works to ensure that vulnerable Cambodian children are raised in families, not in orphanages or insitutions.  CIF is the sole recipient of funds generated by the DevA community.

A group of professionals from a variety of fields, we wanted to find a way to do charity differently.  We started thinking about the possibilities of harnessing the power of collaborative giving and the economic system and financial instruments we have access to, to directly benefit the poor.

And we'd love you to join us.

Every donation put to work generating income that funds sustainable giving, and you track it all online.

Development Accord - Every donation giving for life.

Publish modules to the "offcanvs" position.